I hope you have had the most wonderful and relaxing holiday season filled with love, family and friends.

I don’t usually make New Year’s resolutions (as I usually break them) but this year I’m doing something new – actually a lot of things news. I’m making 2015 the year for a ‘new me’. A healthier, stronger and braver version who is going to dive out of her comfort zone, face fears and break some rules.

Sounds exhausting! But it’s time for a challenge and a new fashion voice and I’m ready to give 2015 a red-hot go. How about you?

January is not only an exciting time of new beginnings – in the fashion world it’s the much-anticipated time for the Spring-Summer haute couture collections. So to give you some style-inspiration for your upcoming charity events, I’m featuring my favourite collection from fashion week so far and one that signified a ‘new way’ for the designer.

After watching the show I felt amazed and moved in equal measure. Amazed at Karl Lagerfeld’s continued ability to conceptualise his fantasies and dreams in fabric and design, and moved that the beauty and artistry that is haute couture remains, thankfully, still in existence.

A few words here won’t convey the sheer brilliance of this collection. To fully appreciate and understand the essence of the collection, you must view it in its entirety on www.chanel.com.

Here is a snapshot. After nearly a year in the making, the fashion stage is set with a grey and barren tropical garden, origami style, in a futuristic city where the trees and flowers have long died from some apocalyptic event.

The show commences with Chanel’s muse, Baptiste Giabiconi, as a gardener in Tom Sawyer-esque garb who waters the garden from a CC-branded watering can and viola the dead blooms come alive and colour and life burst onto the stage. 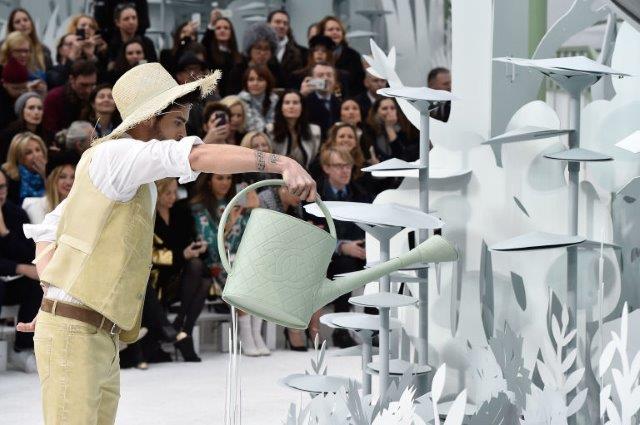 Monsieur Lagerfeld said the show came to him “one morning in bed, I saw it in a second” and from this flash of genius came the futuristic garden that he wove into this stunning collection. 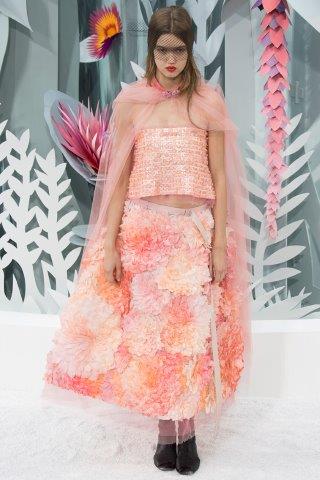 Instead of Chanel’s usual black and white, Monsieur Lagerfeld said that “something was in the air” and instead he chose strong colours, the colour of flowers, for the collection.

With an uncanny ability to keep his talented fingers firmly on the modern pulse, Monsieur Lagerfeld gave the collection into a 21st century feel interspersed with the classic Chanel. A stroke of brilliance that will appeal to 20-something It-Girls and to his long-standing clientele. 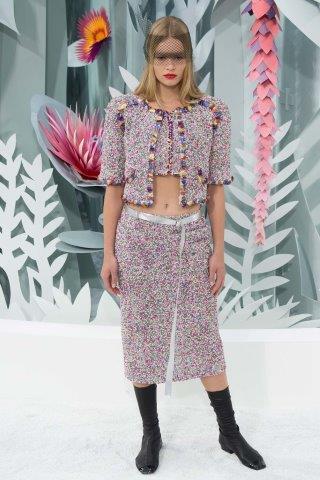 It-Girls will love the low-slung belted sequin ballerina skirts (SO beautiful) and his established clients will fight for the pink sequin princess coats. Accessories were hip too with beanies, sock booties and long patent leather belts. A classic shape also got ‘Channeled’ – a wide-brimmed ‘Lady of the Manor’ hat covered with tulle. 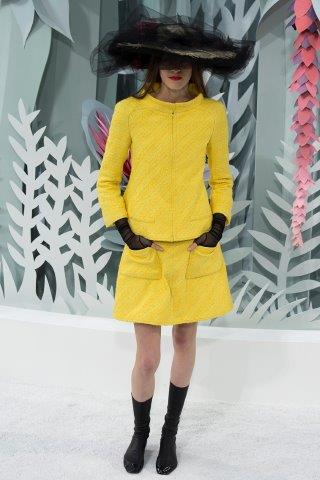 But the best of all were Lagerfeld’s flowers that adorned everything from jackets to skirts, shrugs and beanies. Rich with colour, crystals and sequins, the floral artistry of this show was unbelievable. The wearer will surely feel as if they have shrouded themselves in a beautiful floral garden. 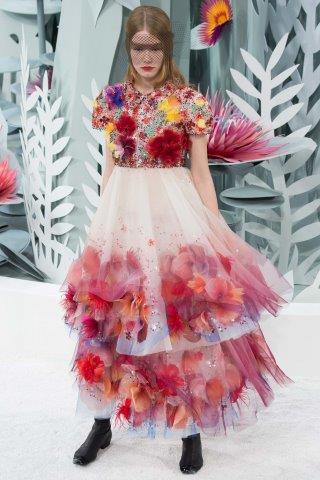 The finale featured a bride in a dress that takes your breath away. The floral bridal train took 15 seamstresses to make and untold hours. The bride was followed by four ‘gardeners’ (Tom Sawyer again) as bridesmaids carrying tropical bouquets. 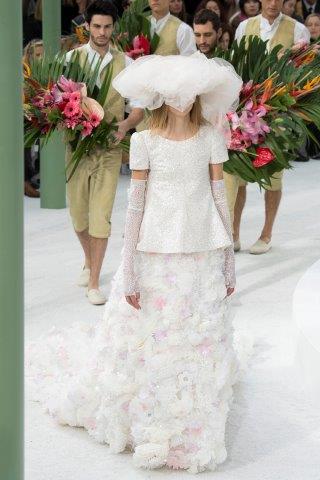 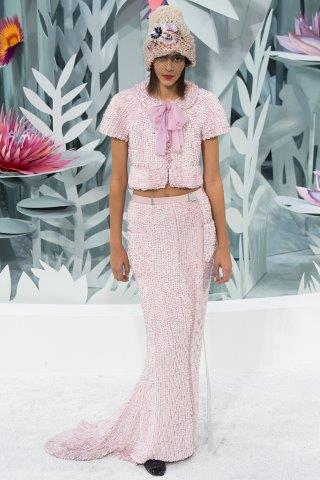 Manly Fashions on the Field by Fashion Stylist Esma Versace 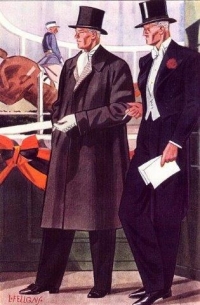 “Any man may be in good spirits and good temper when he’s well dressed.  There ain’t much credit in that.”

Whilst the ladies take most of the style-glory on race day, men are upping the ante in the style stakes on race days.

Thankfully for men, dressing for the races is a little easier with fewer rules to follow.  Here are some simple style tips for the well-dressed man at race day:

Raise your style stakes for Spring racing with the latest fashion trends.

To make a statement trackside, a bold check in a modern constrasting colour makes a statement. 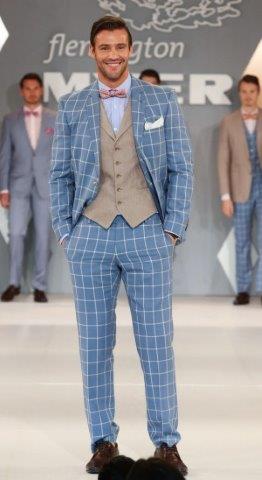 A contrasting blazer and pant is a major summer trend.  Elevate the look to formal with a luxurious slim-fit dress pant and smart pair or shoes. 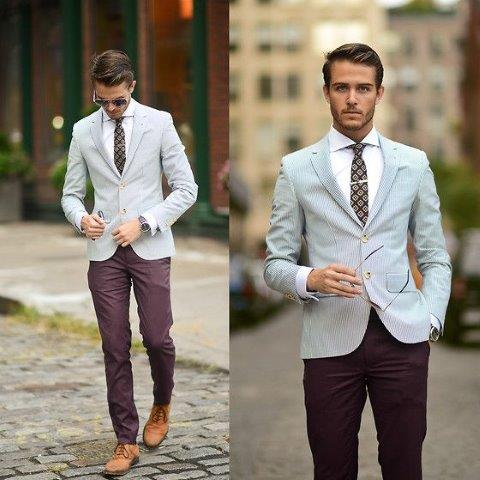 Light-weight suits are perfect for the Aussie heat.  Choose from cool shades of pale blue, beige and soft grey. 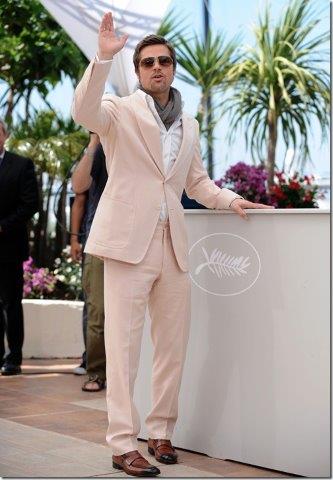 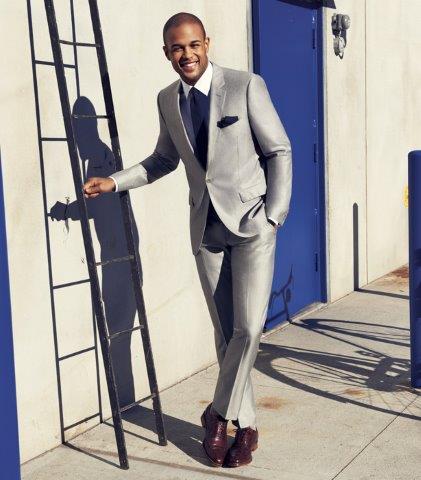 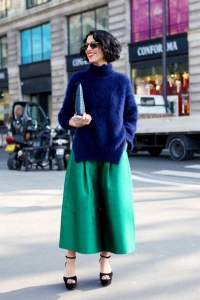 ‘Culottes’ a simple word but which often strikes fear into the hearts of multitudes of women. But fear not. Style culottes correctly and they are a versatile and stylish option that work across the seasons. 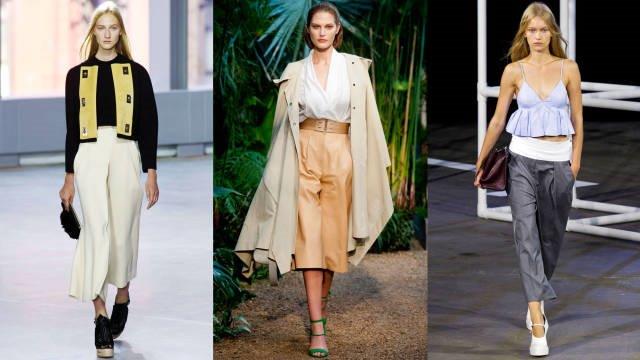 That latest trend to hit the runways for this Spring/Summer is the culotte.

Culottes are usually described as “a split or divided skirt or any garment which hangs like a skirt, but is actually pants”. The fashion-set call them “wide-legged cropped pants” but whichever term you prefer, the culotte is a versatile and flattering option for women of all ages, shapes and sizes and a stylish choice for the many upcoming charity events listed on the CharityDos website.

Here are my style tips for how to wear and style culottes: 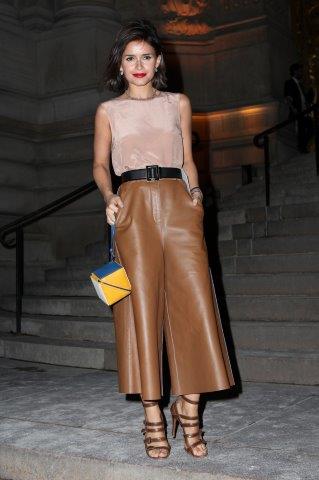 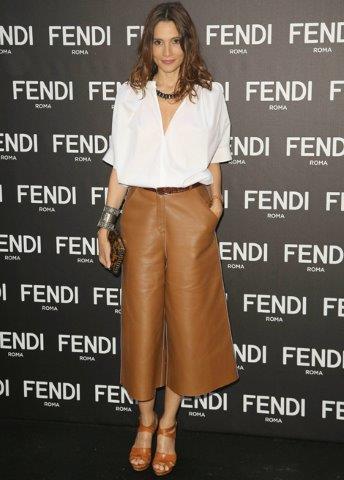 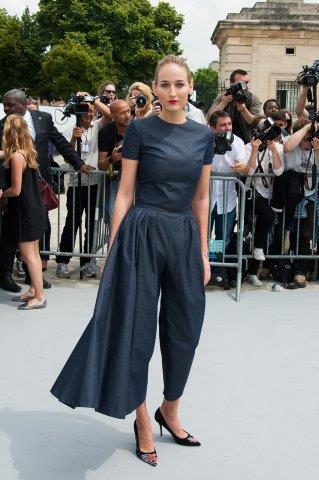 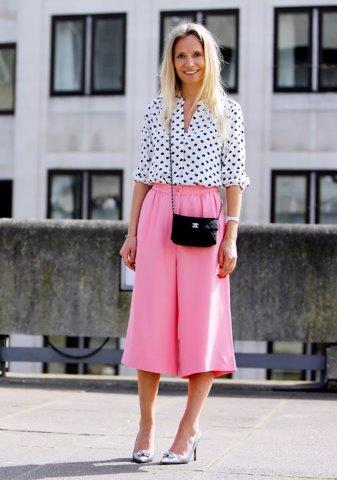 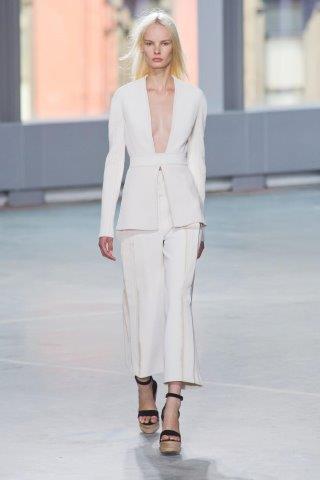 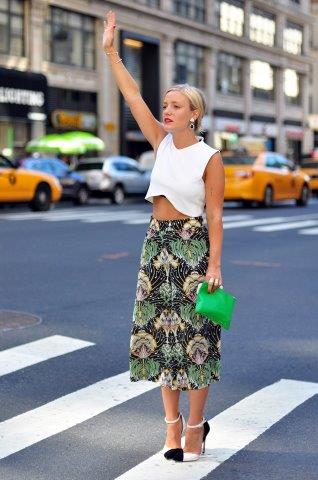 Wear your culottes with confidence and attitude (like Ms Beckham) and they are a fashionable and functional option for your wardrobe all year round. 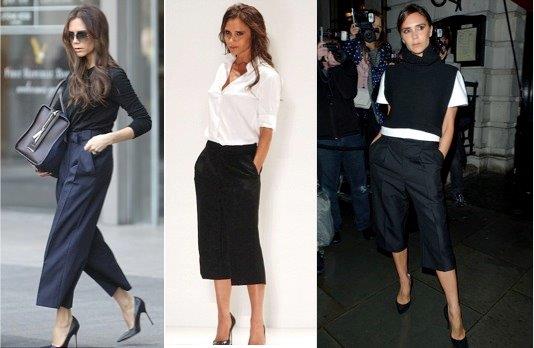 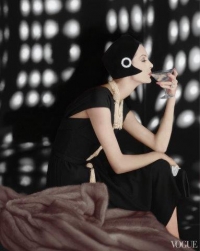 Just who invented the cocktail party is up for debate. Americans claim the invention as their own when in 1917 a Mrs Julius S Walsh of St Louis, Missouri, invited 50 guests to her house on a Sunday for a one-hour soiree after which a St Louis newspaper reported that “the party was an instant hit and within weeks cocktail parties had become a St Louis institution”. On the other hand, there is also suggestion that it’s origins date back to 1798 when the word was first used in a London newspaper.

Regardless of it’s origin, the fact of the matter is that what to wear is the crucial element in attending a charity cocktail party.

With the variety of upcoming day and evening charity cocktail events listed on the Charity Do’s website, it’s timely that the old rule of wearing a perfect knee-length dress and chic clutch is no longer de rigueur.

Fashion’s hierarchy is setting new rules for cocktail party dressing and you can shake it up and stir the style pot when choosing your ensemble – just remember the two key words for cocktail dress code, “elegance” and “dressy”, and you won’t put a red-soled foot wrong.

So what do you wear to a charity cocktail party? Firstly consider the type of event, is it:

Secondly, consider your moda-operandi – to frock or not to frock? Consider this tidbit of fashion history relating to the invention of the cocktail dress when making your choice; cocktail fashion for women began in the 1920’s marking a shift in their social role with a new-found freedom which came about from taking jobs in the First World War and from their ability to vote. Their liberty was said to have been expressed by dress, with shorter hairstyles and shorter hemlines.

So if you wish to adhere to nearly 100 years of style tradition and frock up for the occasion, the style of dress is perfectly explained by fashion’s ultimate style authority, Vogue:

“A cocktail dress can be many things—embellished or plain, jewel-toned or black, sleeveless or strapped, decollete or covered-up but it can never be long. Its abbreviated length is its defining characteristic, and what sets it apart from formal dresses that deliver codified glamour head-to-toe”.

So how to choose your cocktail dress? Here are some style tips: 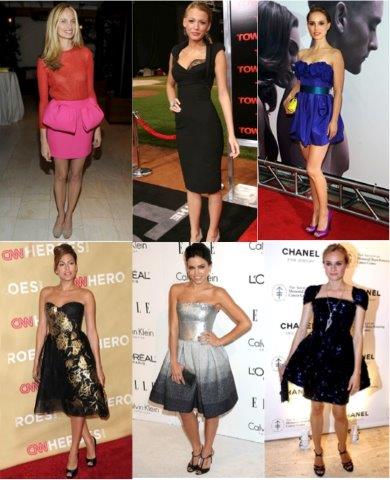 On the other hand, if you want to shake it up a little and opt away from the traditional frock, choose from a number of styles:

For day, beware too much bling – perhaps a lovely set of crystal earrings and elegant bracelets or cuffs. A cocktail ring adds a little glamour to day dressing and of course, pearls are perfect for day or night.

Evening soirees demand show-stopping jewellery so up the ante and go for maximum (but elegant) shine. 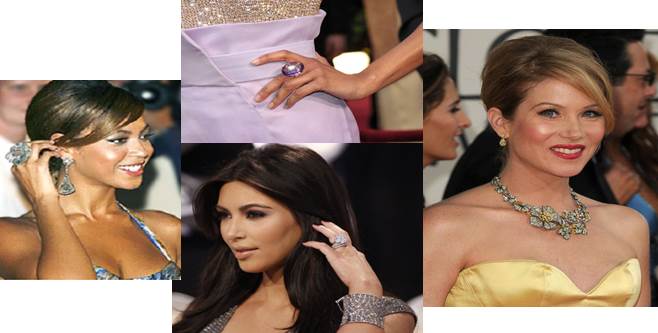 Whether your choice is a fabulous frock or more contemporary style remember to let your personality define your look and you can’t go wrong.

I leave you with a quote from novelist F. Scott Fitgerald who wrote “what kicked off the Jazz Age was the general decision to be amused that began with the cocktail parties of 1921.”