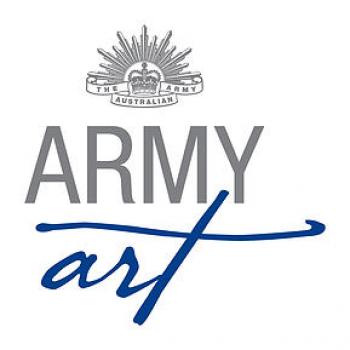 Army Art is managed 100% by a volunteer committee with members having a wide range of skills and with many having a direct link to the Defence Force.  Our overall support team incorporates up to 80 volunteers who all give freely of their time in the lead up to Opening Night.Our Aims

Army Art is very proud to introduce our very well known Western Australian Ambassadors.  They provide inspiration to our ongoing success through their support of the annual exhibition, our continuous development and the achievement of our aims.

Graham Edwards AM is a well respected Western Australian and Vietnam veteran.  He has held ministerial appointments, served on Parliamentary Committees and he currently holds the National Executive Committee position for the RSL as the WA State President.

Ian Coate trained as an illustrator-reprographic and military-photographer and now works as a military artist and freelance illustrator.  His artworks are on display in museums around Australia, while his military prints are exhibited by collectors worldwide.  Ian is currently the Artist-in-Residence at the Australian SAS Historial Foundation at Campbell Barracks.Beneficiaries 2015

The major beneficiaries for Army Art 2015 are Angelhands and Soldier On (WA Branch).

Angelhands is a not for profit organisation that provides support and assistance to those who have been affected by homicide or serious personal violence.

Soldier On works to enhance recovery, inspire communities and empower Australia’s wounded, giving those who have served our country the dignity they deserve and the chance to do and be whatever they choose.First year for a theme

This year Australia marks the 100th anniversary of the landing at Gallipoli.  This significant historical event provides Army Art with an opportunity to join in the commemorations.  For the first time we are excited to incorporate a theme, "For My Country" to the Army Art Exhibition.  The theme is intended to honour the sacrifice made by those that went to war, those that returned from war and those that did not.  It honours those that went to The Great War - soldiers, sailors, airmen, nurses, and even animals; and it honours those that stayed behind – parents, wives, children, partners, businesses and those working on the land.  The theme is intended to be a reflection of what it means to fight for one’s country and what it means to be Australian.2015 Artist-in-Residence

Army Art is very proud to have our first award-winning Western Australian author as our Artist-in-Residence and a wonderful addition to our theme this year - "For My Country".  Dianne Wolfer's books, Light Horse Boy and Lighthouse Girl have won numerous literary awards and the Perth Festival performance of The Giants (2015) was inspired by Lighthouse Girl.

Together with Brian Simmonds, award-winning illustrator to these two books, these two amazing artists will be at the exhibition on Opening Night and over the weekend to meet with the public, sign books and see Brian creating works.  There will be an opportunity to purchase Brian's work as well as Dianne's books during the period with part proceeds of the sales going to our beneficiaries.Exhibition 2015

A special guest will officially open Army Art 2015 on August 7th with doors open from 7.00pm.  Admittance to Opening Night is by ticket only and they are now available to purchase for  $40.00 per person (plus booking fee).  Come along and enjoy some wonderful Western Australian art work, some fabulous wine, delicious food and help support our two very worthy beneficiaries, Angelhands and Soldier On (WA Branch), and the WA art community.  Admittance to the exhibition over the weekend of August 8th-9th is by gold coin donation.   Army Art will be open from 10.00am to 5.00pm on Saturday and from 10.00am to 4.00pm on Sunday.

If you are unable to attend on Opening Night or over the weekend however would like to support Army Art 2015 you can make a donation which will go directly to benefit the beneficiaries.