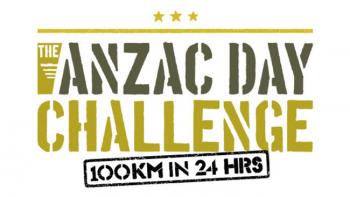 Sydney will host its first 100km trail ultra marathon as part of the 100th ANZAC Anniversary commemorations on ANZAC Day 2015. Commando Steve, one of Australia’s most recognised and respected health and fitness experts, will champion the event, staged on a spectacular course of scenic trails through the Kuringai and Garigal National Parks.

Under the banner ‘Commemorate, Challenge, Care’, the ANZAC Day Challenge invites participants to challenge themselves to cover the gruelling 100km course and raise funds to support injured defence force personnel through the charities Soldier On and Mates4Mates.

Event Ambassador, Commando Steve, is looking forward to seeing the crowds come out on ANZAC Day to throw their support behind a cause close to his heart.

'I'm really excited to be involved in the inaugural ANZAC Day Challenge. I can't think of a better way to commemorate our diggers, their sacrifice and 100 years of ANZAC Sprit than by raising funds to support past and present Australian defence force personnel," he said.

The run will begin at St. Ives Showground with a commemorative big screen broadcast of the dawn service and will finish at the Manly-Warringah War Memorial Park at Manly Dam, alongside the lakeside War Memorial.

There will be a 24-hour time limit on the challenge, making it accessible to people who may wish to trek the course. It can be tackled as 100km solo, in a team covering the 100km together or in a relay team comprising 2 or 3 members, allowing team members to choose the 27k, 33k or 40k sections.

There are no qualifications required to participate in the Challenge, however there is limited capacity so people are encouraged to register early to avoid disappointment. The event will be fully supported and include a medical team and regular aid stations along the course.

The ANZAC Day Challenge has been created by the Born To Run Foundation and operated by Big Run Events. The event aims to raise funds for the charities Soldier On and Mates4Mates and forms a part of the 100th Anniversary ANZAC celebrations.
Interested participants can now register on the website to ensure a place in this significant anniversary event. Participants are encouraged to set a minimum $500 fundraising target to support the charities.